The Power of Nothing to Lose: The Hail Mary Effect in Politics, War, and Business 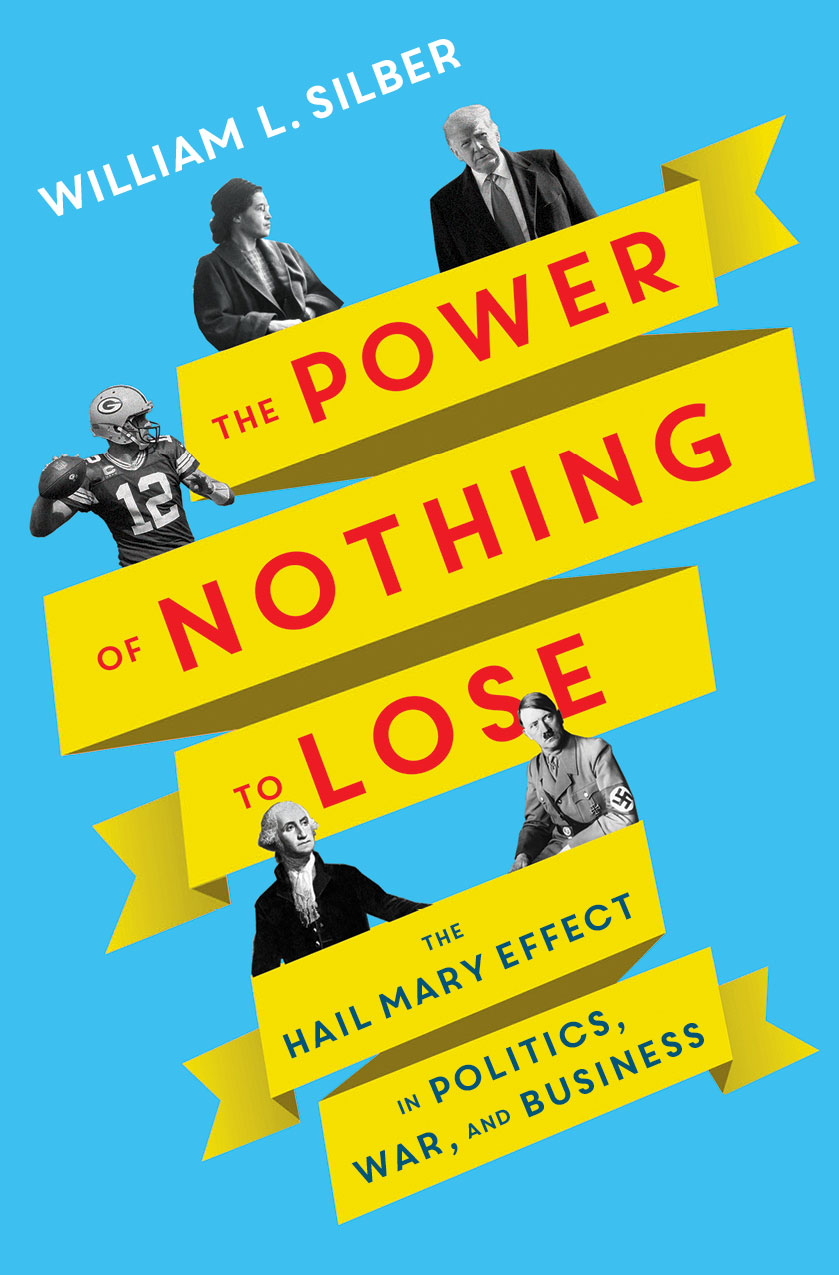 A quarterback like Green Bay’s Aaron Rodgers gambles with a Hail Mary pass at the end of a football game when he has nothing to lose -- the risky throw might turn defeat into victory, or end in a meaningless interception. Rodgers may not realize it, but he has much in common with figures such as George Washington, Rosa Parks, Woodrow Wilson, and Adolf Hitler, all of whom changed the modern world with their risk-loving decisions.

The Power of Nothing to Lose explores the phenomenon in politics, war, and business, where situations with a big upside and limited downside trigger gambling behavior like with a Hail Mary. In fact, the American Revolution turned on such a gamble. The famous scene of Washington crossing the Delaware on Christmas night to attack the enemy may not look like a Hail Mary, but it was. Washington said days before his risky decision, “If this fails I think the game will be pretty well up.” Rosa Parks remained seated in the white section of an Alabama bus, defying local segregation laws, an act that sparked the modern civil rights movement in America. It was a life-threatening decision for her, but she said, “I was not frightened. I just made up my mind that as long as we accepted that kind of treatment it would continue, so I had nothing to lose.”

The risky exploits of George Washington and Rosa Parks made the world a better place, but demagogues have inflicted great damage with Hail Marys. Towards the end of World War II, Adolf Hitler ordered a desperate counterattack, the Battle of the Bulge, to stem the Allied advance into Germany. He said, “The outcome of the battle would spell either life or death for the German nation.” Hitler failed to change the war’s outcome, but his desperate gamble inflicted great collateral damage, including the worst wartime atrocity on American troops in Europe.

The book offers illuminating insights on these figures and more, from Woodrow Wilson to Donald Trump, asylum seekers to terrorists and rogue traders. Collectively they illustrate that downside protection fosters risky undertakings, that it changes the world in ways we least expect.

"What do Rosa Parks, Mohamed Atta, Aaron Rodgers, George Washington,and Adolf Hitler, have in common...Silber has the answer."  -- Keen On Podcast

"[William L. Silber's] comments are pertinent in the present day of cryptocurrencies, the ‘retailization’ of options trading, NFTs, and meme stocks, among others." -- The Contrarian Investor Podcast

"Silber uses specific examples of how “the power of nothing to lose” has benefited many people who have changed the course of history, from Rosa Parks to star athletes such as Venus Williams."   -- Sofia Pitt, CNBC

“As Bill Silber shows in this enthralling and entertaining book--which I devoured in a single sitting--all kinds of people through history have acted recklessly in the belief that they had nothing to lose, from second-term presidents pardoning crooked cronies to quarter-backs throwing Hail Mary passes. One of the world's most brilliant teachers of finance, Bill Silber knows that the best way to teach the tricky math of options-pricing is to wrap it in good yarns from sports, politics and history. The Power of Nothing to Lose brings together some of his best stories--and kindly omits the math."  -- Niall Ferguson, Milbank Family Senior Fellow, the Hoover Institution, and author of The Ascent of Money

"Silber has a great eye for forces that have driven important decisions in history. This book weaves together gripping accounts of risky behavior by politicians, generals, and business leaders, and how they impacted society in surprising ways. I couldn't put this book down." -- Thomas J. Sargent, Nobel Laureate in Economics

"Silber is a charming narrator and the stories in this book range from the Montgomery bus boycott to the mating habits of spiders to the sinking of the Lusitania. The insight linking these episodes is both simple and profound: when people (or spiders) have nothing to lose, caution deserts them. Refugees seeking asylum, presidents facing term limits, patients with terminal illnesses, Adolf Hitler in December 1944: all illustrate how desperate people will rationally gamble for redemption. Read Silber for the pleasure of his prose. But also read him for his wisdom." -- Sebastian Mallaby, Senior Fellow at the Council on Foreign Relations, and author of More Money Than God: Hedge Funds and the Making of a New Elite

"A brisk look at times when it pays off to take a chance." -- Kirkus Reviews